Bring the Sweat: Can Hot Be Good? 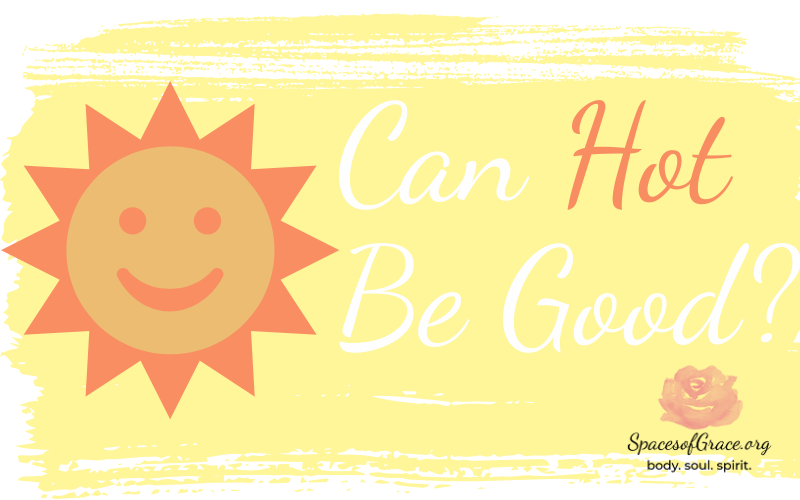 Like most others, when the humid, hot doldrum days of August instantly wilt my hair, smother my breathing, and sap my energy, I want to head for the air conditioning.

But wait. Could it be that hot can actually be good for you? Yes, it can.

In our August body post for Spaces of Grace, we’re considering the value of sweating and how a few “hot” spices can tickle your tastebuds and benefit your body at the same time.

Working Up a Healthy Sweat

While we may not need to try too hard in August to work up a sweat, keep in mind the different situations that cause our bodies to perspire:

If we are sweating frequently due to nervous tension, that is not good. We need to figure out why. However, sweating due to the other triggers is simply our bodies doing their job: regulating body temperature.What Is in Sweat?

It is mostly made up of water but also contains …

The debate continues on the amount of toxins sweating actually releases. According to Michigan State University, “There is minor removal of heavy metals and BPA plastics, but the liver and kidneys do most of the body’s detoxification. In fact, a person’s overall nutrition likely has a greater impact on body detoxification than sweating because good nutrition supports healthy organ function.”

Other sources, like this article from Mind Body Green, show that sweating releases a greater amount of certain toxins than urine does. Either way, it seems a good sweat is healthy for us.

The Mayo Clinic noted this research showing remarkable health benefits from regular use of saunas. In a Finland study, these benefits were noted: “Our prospective studies have shown that higher frequency and duration of sauna bathing are related to a lower risk of cardiovascular mortality, sudden cardiac death, stroke, hypertension, pulmonary diseases, and dementia.” That’s stunning! We may want to consider adding saunas to our wellness programs.

There’s more than one way to generate heat. As an herbalist student, I love working with herbs and spices. These three spices all pack a flavor, heat, and health-benefit punch: ginger, cinnamon, and turmeric. Keep reading for a delicious recipe at the end.

Ginger is a pungent, aromatic herb. In the produce section, look for ginger root, but it’s also available powdered and candied. It has an affinity for the digestive, circulatory, and reproductive system.

Ginger is known to help reduce nausea. Try a cup of ginger tea or a few drops of the tincture in water. It’s wonderful for combating morning sickness, seasickness, overeating, chemo nausea, and over imbibing.

Cinnamon is a pungent, sweet, warming herb and has an affinity for the digestive and circulatory systems too. It’s available powdered or as a stick. Who among us doesn’t associate the spicy smell of cinnamon with scrumptious treats and the holidays?

Well, besides tasting wonderful, cinnamon has also demonstrated some amazing health benefits. Cinnamon (especially Cinnamomum cassia) has demonstrated in controlled trials to reduce levels of fasting plasma glucose, along with cholesterol levels in Type 2 diabetic patients. As you read the study, keep in mind that 1 g of cinnamon equals about 1/3 to 1/2 teaspoon of cinnamon powder.

Use cinnamon as you normally would. But also try stirring your tea with a cinnamon stick for added goodness. I love cinnamon mixed in with oatmeal.

Cautions: Due to cinnamon’s effect on blood sugar, diabetics taking Glucophage (Metformin) using insulin injections need to monitor their glucose levels. Cassia has a notable blood-thinning effect. Avoid for one week prior to surgery. It also contains higher quantities of coumarin, and those with existing liver issues should avoid large (greater than 2 grams) daily doses.

Turmeric is a bitter, pungent powerful anti-inflammatory, antimicrobial, antioxidant, and anti-tumor spice/herb. It has an affinity with the digestive system. It is probably best known for its use in making curries. It improves digestion, liver clearance, and bile production.

Cautions: Greater-than-food amounts of turmeric are contraindicated in early pregnancy. High doses of turmeric should not be given to individuals taking blood-thinning medications. Avoid one week before surgery.

I’m sharing this recipe by Tieraona Low Dog, MD, from her Facebook page. What’s amazing is it uses all three of the spices/herbs that we’ve talked about today, and it’s delicious.

Directions: Put milk in saucepan and add all ingredients. Bring to a boil. Turn heat down to low simmer, cover, and cook for 10-15 minutes. Strain. Drink. Makes two servings.

So, can you see the benefits of a healthy sweat now? Let us know what you think, and I’m curious as to what your favorite “hot” spice is. Leave a comment below! ← Refresh your Spirit! Fan into Flames → 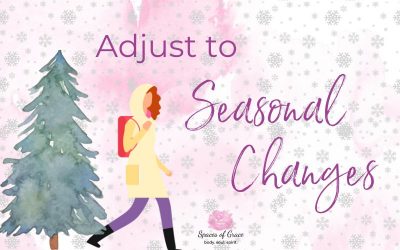 Feeling Weird Because of Seasonal Changes?

Changing Season Changing Body & Mind With a huge yawn I forced myself out of my comfy chair and cozy blanket where... 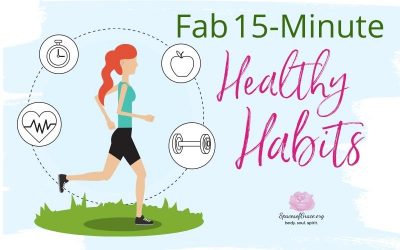 Have you ever wanted to wave a magic wand and fix your body in 15 minutes? I have too, but, unfortunately, it’s never... 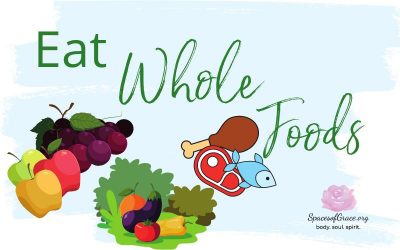 What Are Whole Foods & How to Eat More of Them, Food As Medicine Part 3

What do you picture when you think of a whole food? For me I think of a juicy red apple, a fresh salad, or...