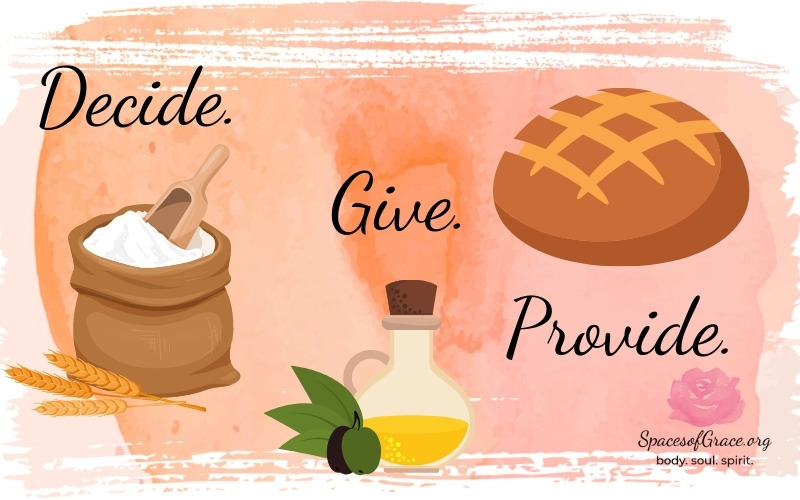 So she said, “As the LORD your God lives, I do not have bread, only a handful of flour in a bin, and a little oil in a jar; and see, I am gathering a couple of sticks that I may go in and prepare it for myself and my son, that we may eat it, and die.”
And Elijah said to her, “Do not fear; go and do as you have said, but make me a small cake from it first, and bring it to me; and afterward make some for yourself and your son. 14 For thus says the LORD God of Israel: ‘The bin of flour shall not be used up, nor shall the jar of oil run dry, until the day the LORD sends rain on the earth.’ ”
So she went away and did according to the word of Elijah; and she and he and her household ate for many days. The bin of flour was not used up, nor did the jar of oil run dry, according to the word of the LORD which He spoke by Elijah. 1 Kings 17:13-15

The young widow dipped and scooped and kneaded her dough for the prophet of God.  What was one less meal when it was one’s last? Her eyes flicked to her son. This wasn’t what she planned for his life.

She prepared the small loaf and placed it in the oven to bake. The widow turned to put away the oil and flour jars for the final time. As she lifted the jar she almost lost grip of the empty vessel. It seemed suddenly heavy. What was this? Oil spilled out, splashed her hands and sloshed to the floor. Full! It was full to the brim and running over, just like the flour jar. Just like her heart.

I have felt like the widow, empty, dry, ready to give up and die. There have been times in my life when I’ve felt I had nothing to give. But it is often giving from a place of emptiness that our healing arises. Small gifts given in great faith are deeply used by God. Five loaves, two fish… a hand full of flour and a few drops of oil. Little is plenty in the hands of God.

And God will provide.

Give your little, your five loaves, two fish, your drops of oil, a handful of flour, your two mites and watch God work. He will take your least gift and multiply it to meet the needs of those around you. You don’t need to worry about the size, just give. Least gifts are greatly used of God. 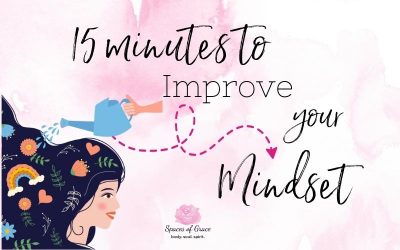 15 Minutes to Improve Your Mindset

Fifteen minutes to a healthier mind? Yes, please. And believe it or not, taking just a few minutes of effort to... 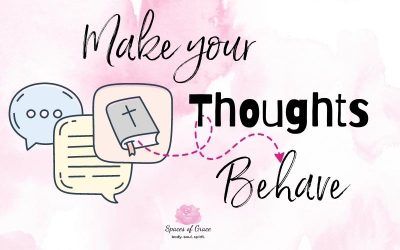 When you read God’s word, do you sometimes feel it’s not having the effect on your life that it should? Do you... 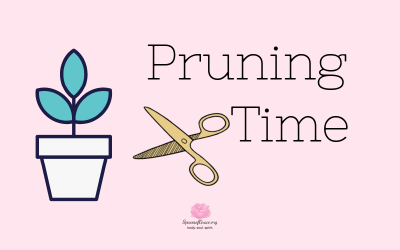 “I am the true vine, and My Father is the vinedresser. Every branch in Me that does not bear fruit He takes away; and...